It’s a time to celebrate… again. The Ventura County Strategy Boardgamers meetup has surpassed another milestone statistic. Recently the group held its 1500th event. The group has come a long way since a few gamers met at Borders Books once a week. Now, we are meeting 3-4 times a week across 5 regular locations. Nice.

Don’t you just love it when software cannot count properly? According to Meetup, the VCSB meetup group had met almost 1500 times since the group was started by Adrian late in 2009. According to one page on the VCSB Meetup site the count was 1499 meetups held, while another page says 1487 meetups.

The 1500th meetup was at McGregors in Moorpark, so I had a celebratory adult beverage to celebrate the 1500 meetup. Just in case, I will also have another celebratory beer when we hit 1500 again in a few weeks. So far, I have attended a over 663 meetups according to their dodgy maths.

This weekend the group passed another milestone. The group now has over 900 members. Welcome folks. 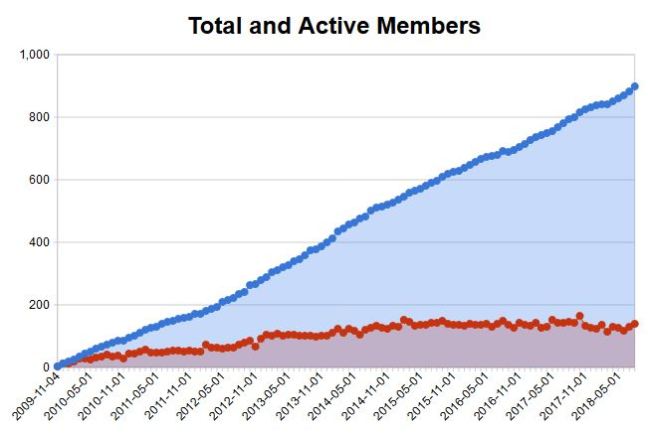 I recently changed the questions posed to people joining the meetup group. How are new members finding out about the Meetup? Was it through this website, Instagram, Reddit, Facebook, or through Meetup itself. So far, all of the new members have declared that they found out about the group from meetup alone. Weird, eh?