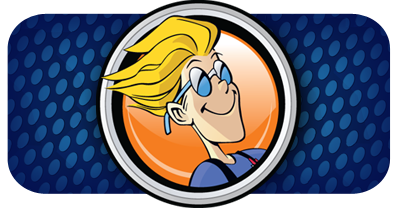 What is Board Game Geek ?

Note to save the repetition from now on I will use the commonly used acronym of BGG instead of the full Board Game Geek name.

Let me first quote their own description of Board Game Geek:

BoardGameGeek is a website dedicated to the subject of physical board games. The site provides an extensive database of board games as well as an active community of users who discuss, argue, buy, sell, trade and play board games. The database contains over 81,000 board games (as of January 25, 2016) and each game has its own Game entry which gives information about a game, user ratings, forums for discussion and a great deal more.

To be honest, it is a hard site to accurately describe as it has so much content about games. The scope is not just limited to board games as it also covers traditional card games, collectible card games, rules, pictures, game designers, game artists, game publishers, and so much more. Those who enjoy other types of gaming are not left out as BGG also has sister sites for Role Playing Games aka RPGgeek.com, and Video Games aka VideoGameGeek.com.

BGG is an amazing resource about board, and card games. The amount of information it includes is absolutely mind boggling.

For example, here is the BGG page for Monopoly. They have at least 152 different versions of Monopoly listed. These do not include all the other games with Monopoly in their titles, all the Monopoly re-themes etc.

Most of the content is actually created by the users, with the staff running the hardware and moderating the user created content.

The Cons of BGG

Let’s get the con’s of using BGG out of the way, then I will give example of the Pro’s that will hopefully convince you of the merits of BGG.

The Pros of BGG

Key to appreciating how to use BGG is with some real world benefits, it may be cool that BGG has all of these snazy things like Geeklists, Guilds, Galleries, Forum, etc. but what does that mean to you, the wannabe user of BGG ? Here are some of the everyday benefits of using BGG.

It is free to join, if you do not want the ads you can donate money. You do not even have to join to use BGG, but you must be a member to post questions.

Due to the power, and thus the complexity of BGG, users have created guides on how to do more complex things on BGG.

BGGs Guide to BGG and BGGs own FAQ.

Want to watch a video about a game, use this Geeklist to find the video.

Do you want to publish your own game, here is a useful thread on the process.

BGG is a great resource for all types of gamers. For example, here is an visual display of the last games that I played; the information is generated from my game plays recorded on BGG.

Here is a graphic of some of the games in my Collection recorded on BGG. If you hit refresh the graphic will change to show another set of random choices from my collection.

One thought on “Board Game Geek”