These memes are also posted on my @BoardGameBloke Instagram, Twitter, and Facebook. Here I have the advantage of waffling on a little more about board games and such.

Over the years of my infatuation, I have gathered oddles of piccies related to Battlestar Galactica. Look at my BSG tagged images on BGG if you dare.

It is a well known fact that dice hate me. I still like games with dice or cards because they creates drama and uncertainty in the game play. There is a simple thrill when you have to make a die roll. You have a chance of success.. and then the dice invariably disappoints me. This is why I like games where you need to roll high sometimes and roll low at other times. That helps to even out my bad luck with the dice. This never helps me, but I appreciate the chance to try.

In real life there are people who are always early, and there are people who always arrive late. This happens in board gaming groups too. It is only natural that people start to play games at soon as they arrive. This often means that the late arrivals (finally) turn up and they have no one to play a game with. 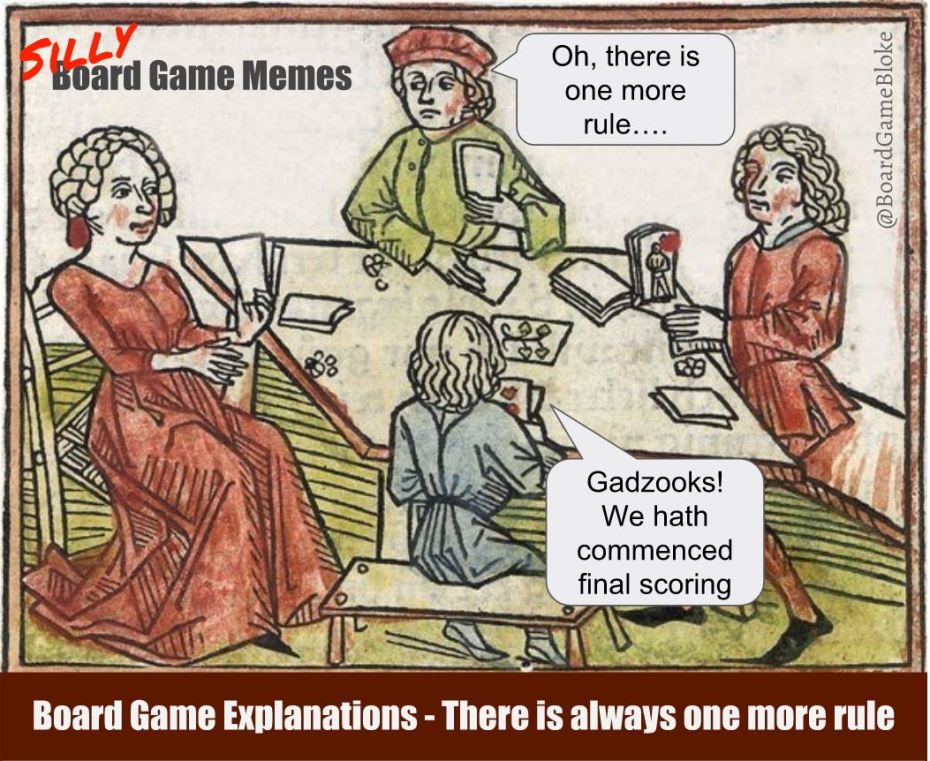 This is one board game related issue where I have received initial disagreement from a few people. After the subsequent discussion we have ended under general agreement on the issue.

A short rulebook does not necessarily result in an easy to learn nor an easy to play game.

Some rulebooks are a joy to read and use. An example is Combat Commander: Europe by GMT Games. It is well organized, concise, even humorous, and it is easy to use during the actual game. One of my worst experiences of a set of rules was one where the FAQ (Frequently Asked Questions) document was 11 pages long. The game itself was supplied with one sheet of 11×17  paper for the rules. This included a large diagram and the game credits etc. To be fair, I will not name the game, but I had several games in mind when I created the image. 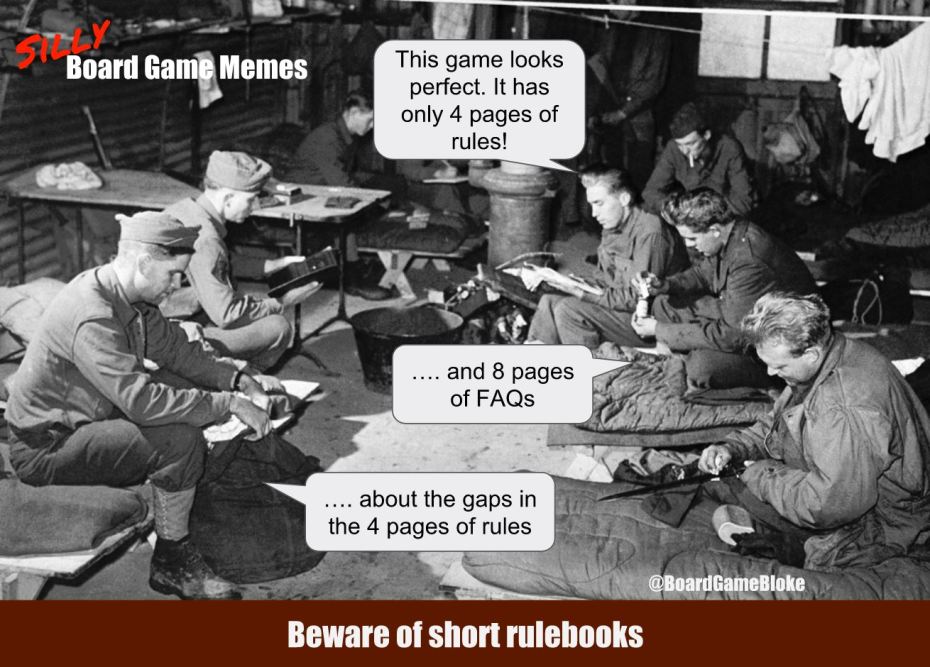 One slightly controversial aspect of the wargaming hobby is that of counter clipping. There can be dogeared corners on the cardboards chits, or counters, when they are removed from the countersheets. Many gamers just leave them as is. Others will use scissors or even nail-clippers to tidy the edges. Classy gamers use Corner Clippers from Oregon Laminations. I prefer the 2mm Deluxe on all except the large 1 inch counters, in that case the 2.5mm is better.

As a long time wargamer, I find it a little too easy to poke fun at our antics.

As a game group organizer I am always on the lookout for new and bigger gaming locations.

One thought on “Silly Board Game Memes”