It is sad when these people have had to move away. Jon Dalesandry has been a member of the meetup group for over 6 years, and has attended over 200 times. Among his many talents, Jon is especially good at Android: Netrunner. He has a fondness for games by designer Vlaada Chvátil. He liked to play Agricola. Jon has even been seen to play the odd game of Battlestar Galactica. Jon has often won the coveted Best Hair Award.

Here are some of the many pictures that showcase Jon spending time with us playing some great games with great people. For a full gallery of pics containing Jon see his profile on meetup. 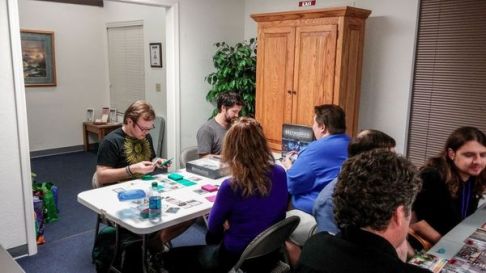 Paths of Glory at BusterFest 2013

Jon and Ted, someone sucks!

The lads posing with Tragedy Looper

Along with the normal gaming photo’s that I take on a Tuesday, a bunch of us gathered around on the Tuesday night to pose for a group photo. Here are some of the pictures from the 13th June 2017 meetup. 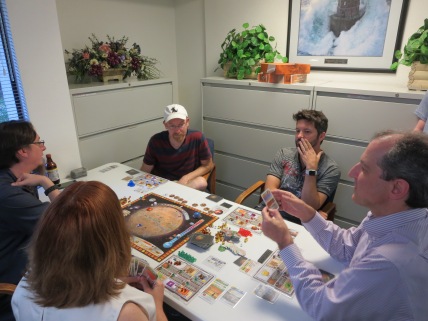 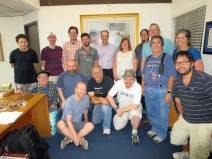 Best wishes for the future, and bon voyage, to Jon, Amanda, Brennen, Caitlin, and Dylan. I hope to catch up with you folks in North Carolina sometime.