Table Top DOG 2017 went well yesterday, I’m still a little tired as it was a long day. It’s not just the 11 hours of gaming. Just setting up the venue, rearranging the chairs, and over a dozen tables. I bring a whole bunch of games, not just the regular game, but extra games that would more appeal to newcomers. With the Raffle Bingo event, I also included some games that easily met some of the criteria. There was all the paraphernalia for the Raffle bingo itself. So much stuff to be loaded, unloaded, arranged etc

Thanks to all those who helped out, and especially to Ryan, and Cassie, for the venue.

Why do I get myself into this, again and gain ?

Err, because it is fun.

Here are some of the photos I took.

Roll For The Galaxy

10am start with about 20 early birds 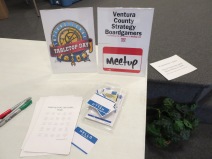 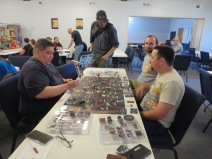 The first game of Star Wars Rebellion of the day

Cash N Guns….they were not supposed to point the guns at me 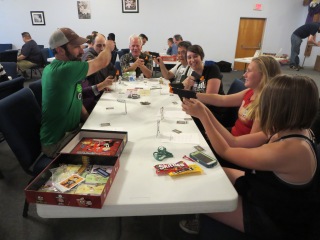 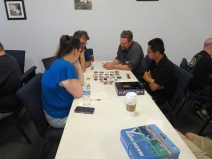 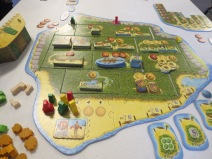 Scott and Bobby taught me Hawaii 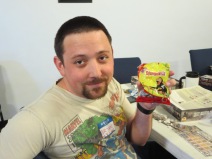 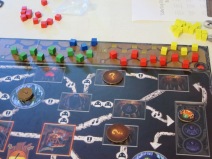 Muself and Armando were very Clank-y 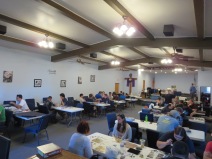 Later in the afternoon

Ryan was happy to win his exemption certificate

The Raffle Bingo went well, I think it was an improvement over the Bingo at DOGCAT. The board game themed bingo idea is brilliant, thanks to April-Lyn for the idea. Even so, there is room for improvement. It took too long, and disrupted things too much. The quality of prizes was also a concern.

The idea that each player earns raffle tickets, based on the bingo card achievements, worked well. The drawing of their raffle ticket means they win a prize. This meant that everyone had a chance, not just those who filled out the most bingo squares, or those who filled them out the quickest. Those who played a lot of games would still get more raffle tickets. To counter that for those who played longer games there was the option for the judge (myself) to award ‘discretionary’ bonus raffle tickets to balance things. This also allows the creation of some laughs as I ‘arbitrarily’, and jokingly, penalize people for the games they have played. “Sorry Ron, minus one ticket for playing Fastrack”. 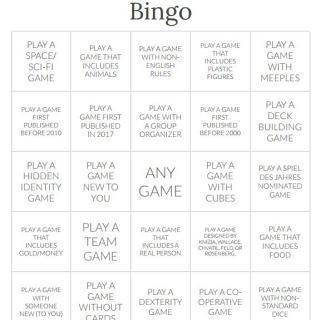 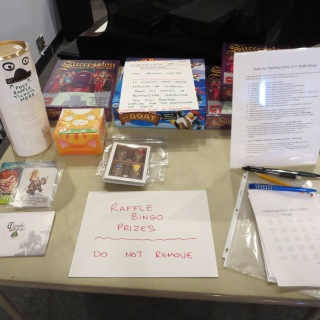 It was interesting to see how motivated some people were when attempting to fill out as many bingo squares as possible. I believe it had the desired effect in getting people to play different games, new games, and to play with different people.

It’s food for thought. Any feedback, or suggestions ?

One thought on “Table Top DOG 2017 After Action Report”