GMT West aka The Weekend at the Warehouse is a twice yearly gaming event that takes place at the GMT Games warehouse in Hanford, California. GMT basically let a bunch of rabid gamers take over their warehouse for 4 days, and what a great job the GMT staff do in accommodating us.

Let us not forget Mike Lam who runs a Down In Flames area, and has been doing so for donkey’s years.

Click on an individual image to see a larger version

Games were already in full swing when I arrived in the early afternoon.

A good multiplayer game to wind down with. 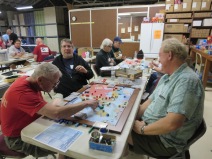 Eric, Karl, and Greg with another game of T&T

Battle of Flerus from the Musket and Pike system 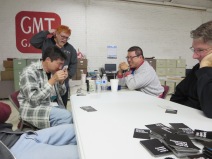 Oerjan came all the way from Sweden. He run a playtest corner for COIN games 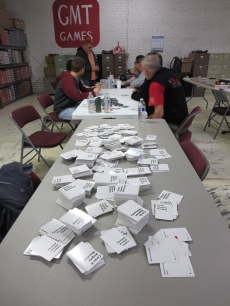 Every time I looked Terry was playing Twilight Struggle, he was also using the Turn Zero expansion 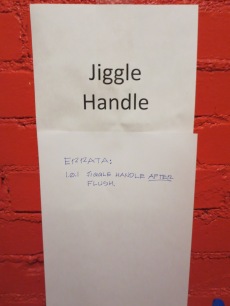 This was before the errata was revised. 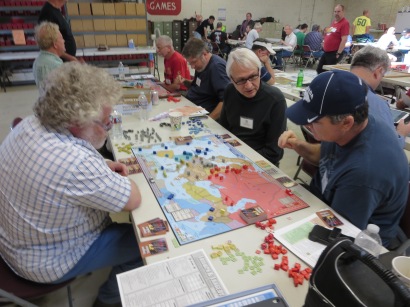 T&T was a popular game. Sandy (left) came all the way from London. 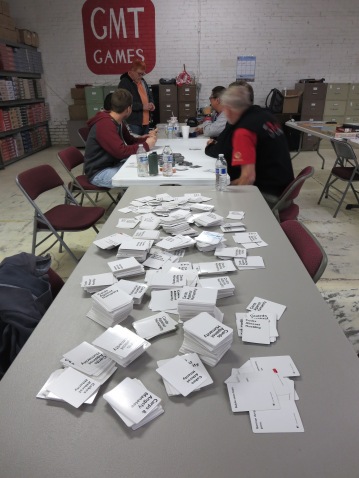 Yup, there is such a thing as too many cards 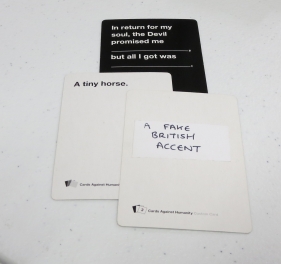 On Thursday night we wound down with a horrible game of Cards Against Humanity. I had to pick this winning answer. 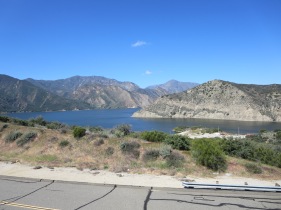 It was good to see Pyramid Lake so full.

The weekend was in full swing on Friday. The squeaky ceiling vent was oiled, but the nearby welders added their symphony of noises to replace

Hands in the Sea 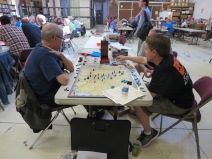 Kurt showing his game Fields of Despair, to Roger 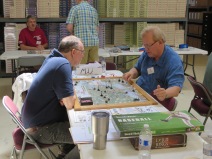 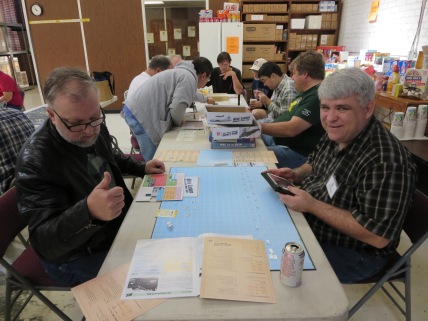 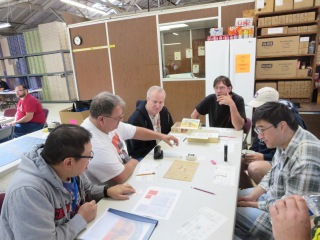 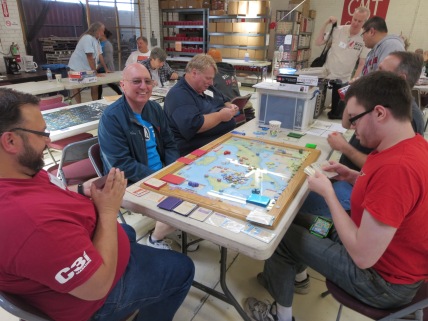 Terry and yet another game of Twilight Struggle

More T&T, I think this was the single most played game

Yet another game of T&T, this time it includes Brett and Steve

Fellow Brit’s Jon and Sandy were newcomers to Nappy Wars. They had a fun time playing the game three times on Saturday 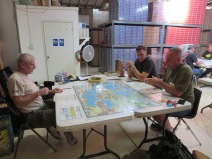 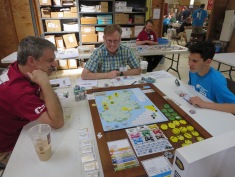 18Ireland with Steve, Mike, and Morgan 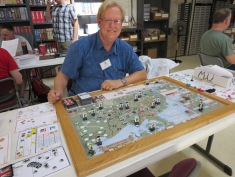 The new Mark Herman game was a popular game 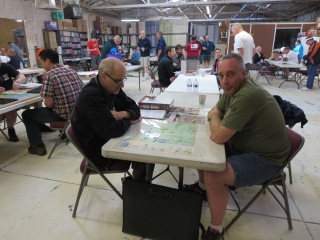 The main day of the Weekend started with doughnuts, was punctuated with copious pizza, and ended with a great game of Battlestar Galactica. So say we all!.

It was good to see Command & Colors Napoleonics being played, why didn’t I think to bring the Epic version? 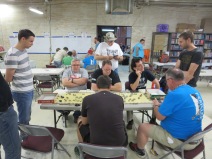 A full game of multiplayer Epic Command and Colors Ancients 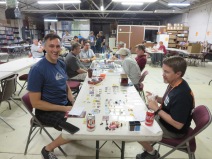 Matt, and Kurt with Pax Rennaissance 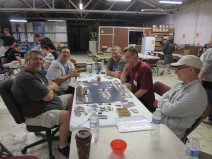 Saturday night was capped with a 6 player game of Battlestar Galactica. The cylons won. No one suspected that Ken was the second cylon 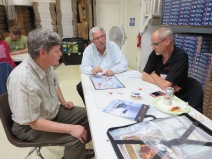 A few games of Churchill were observed 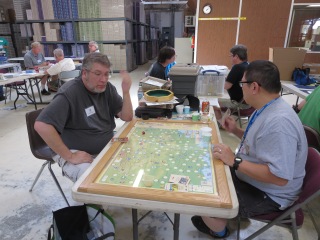 Black Orchestra: Allen was sent to jail and Leggat got him out.

7YW Frederick’s Gamble: Dave and Eric being shown the game by the designer Greg Ticer

By Sunday people are beginning to travel home. After the noise and commotion of Saturday, peace descends on the warehouse.

Once again Mike Lam ran the Down in Flames area

Ken and John with Operation Dynamo from France ’40 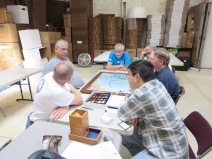 Bruce, designer of COIN series Gandhi, with Allen, and Oerjan 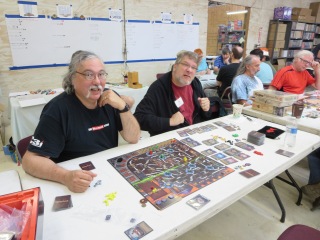 Many thanks to the GMT staff for hosting another successful weekend. It was good to see a bunch of regulars, and to meet a bunch of new people.

Link to all the photos in a Flickr Album